The latest appointments from public sector executives from across the country.

Helen Wilson has been appointed Australian Assistant Statistician to the Australian Bureau of Statistics. She joined ABS in July as General Manager. Wilson previously served as the first assistant secretary to the Industry, Infrastructure and Environment Department in the Prime Minister’s and Cabinet’s Department. She has also worked in the Ministry of Finance and the Ministry of Environment and Energy.

Ciara Spencer was appointed First Assistant Secretary for Aviation and Maritime Safety in the Ministry of the Interior. She previously worked in the role. 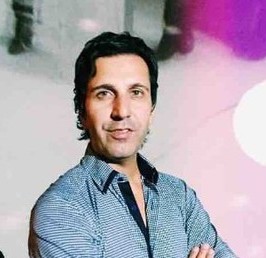 Rebekah Kilpatrick has been appointed Assistant Secretary of the National Child Safety Bureau at PM&C.

Bronwyn Graham has assumed a leading role in the Ministry of Defense.

Jimmy Mastorakos has been appointed Assistant Secretary of Payroll for Home Affairs.

Alexander Wilkinson has assumed the role of Executive Director of the Australian National Audit Office of the Performance Audit Services Group.

Leigh Gordon was appointed CEO of the Royal Australian Mint from February.

Until recently, Gordon was a member of the Senior Defense Leadership Group and served on the Department of Defense’s Capability Acquisition and Sustainment Group.

Get the Juice – Mandarin’s free daily newsletter delivered to your inbox.

You will also receive special offers from our partners. You can unsubscribe at any time.

As a high-ranking member of the Royal Australian Air Force, he managed complex projects, including as head of the Joint Strike Force Division and the Aerospace Systems Division.

“On behalf of the Treasury Department, I would like to thank Mr. MacDiarmid for his commitment to the Australian public service through his leadership of the mint over the past decade,” said Kennedy.

The Greater Sydney Commission has named Elizabeth Mildwater as the new managing director.

She is currently Deputy Secretary in the Greater Sydney area of ​​Transport for NSW and will join the commission in January 2021.

Previously, she was Director of the Australian Programs for Save the Children Australia, General Manager of Group Victoria for the Transurban Group and Legal Adviser to various energy companies

Commissioner Chief Geoff Roberts said Mildwater would bring great strategic thinking about Greater Sydney and a deep understanding of how infrastructure and growth must match the role.

“Elizabeth is known to many of us at the Commission through her work at Transport, where she focused on integrated transport services for the greater Sydney area, promoting public transport, walking and cycling, zero-emission buses and moving people during COVID. ” he said.

“I have worked with Elizabeth in a previous role on my leadership team and I am delighted that she will bring both her great knowledge of our city and her leadership skills to the Commission and the Prime Minister and Cabinet Department,” he said.

The New South Wales Government has set up an Information and Data Protection Advisory Board to provide ongoing strategic advice to the government and to facilitate knowledge sharing and collaboration between government, industry and academia.

At Tydd is the data protection officer Samantha Gavelas well as data and legal experts, including:

Tydd said the committee will address the unique challenges facing government and communities in the digital age, where technology, service delivery and consumer expectations are rapidly changing.

“The Committee has the expertise to support public sector authorities in establishing and complying with information governance in a contemporary public sector context, including access to information rights, with principles of information protection and the implementation of data protection management plans in a way that that takes these challenges into account. ” She said.

Morrison is a highly respected Indigenous leader from Katherine, Northern Territory, and has both Aboriginal and Torres Strait Islander heritage.

ILSC chair Eddie Fry said Morrison would lead the organization to fulfill its mandate to improve the lives of indigenous communities and continue to develop the indigenous estate for the benefit of the Aborigines and the islanders of Torres Strait.

“His extensive knowledge of economic development, land and asset management, and positive change skills will be a great asset to the organization. His experience will be invaluable for the ILSC to deepen opportunities and research into new ventures with Indigenous Australians in a post-COVID environment, ”he said.

Fry said Morrison will continue the good work done since the previous CEO left 14 months ago.

“On behalf of the ILSC Board of Directors, I would like to acknowledge the hard work and dedication of the Group’s acting CEOs for their significant contribution in finding ways to continually improve the ILSC’s operations,” he said.

“Mr. Leo Bator has held this role for 9 months and the current Deputy General Manager, Ms. Tricia Stroud, has been active for the past 5 months, which we greatly appreciate.”

The Future Fund has appointed Sue Brake as Chief Investment Officer and as a member of the organization’s Management Committee. Brake has been acting CIO since July, after the former CIO Dr. Raphael Arndt has been appointed Chief Executive Officer.

She was previously Deputy CIO and was previously Head of Strategic Advisory at Willis Towers Watson and Senior Investment Strategist at the New Zealand Superannuation Fund.

Brake is a globally recognized investment leader, according to Peter Costello, chairman of the Future Fund Board of Guardians.

“Markets and economies operate in very unusual circumstances and their experience and expertise will be invaluable as we navigate this environment and try to maximize long-term risk-adjusted returns,” he said.

Four new appointments and twelve reappointments were made in NSW’s state cultural institutions, which will take effect for three years from January 2021.

professor Katherine Belov and Brian Hartzer will join the Australian Museum Trust while Jennifer Bott, Shauna Jarrett, and Sara Watts were reappointed. professor Merlin CrossleyThe term of office ends at the end of the year with Dr. Elie Hammam step back.

professor Stephen Bruce Dowton was reappointed to the Art Gallery of the NSW Trust. Lucy Turnbull will resign on December 31st and take up a new nomination as Chairman of the Sydney Opera House Trust.

Anne Dunn, Michael Ebeid, Kathryn Greiner, Deborah Mailman and Kylie Rampa were reappointed to the Sydney Opera House Trust, with Nicholas Moore End of his term of office as chairman.

Keryl Collard will join the NSW Library Council while Jan Richards is retiring.

Naseema Sparks, Penelope Seidler and Christine McDiven All return to the board of directors of NSW’s Historic Houses Trust.

Meanwhile, Andrew Muston joins the National Art School Board and Ross McDiven was appointed chairman. Their appointments began in late November and run through May 31.