Movers And Shakers Of The Week [October 5-October 10]

While some of the company’s delivery workers are on strike against a cut in wages, others choose to work in their homes due to a financial crisis.

Around 3,500 since September 15 Energetic leaders went on strike in Hyderabad They are protesting the reduction of the minimum payout per order from INR 35 to INR 15 and the removal of monthly incentives of up to INR 5,000.

Shaik Salauddin, the national general secretary of India’s Federation of App-Based Transport Workers (IFAT) – the organization that organized the workers’ protest in Hyderabad – expressed dissatisfaction with Swiggy’s representation during meetings with the Labor Commissioner.

He reiterated that the workers’ protests had been stopped due to meetings with the commissioner. “We will resume our protests because the meetings have not turned out to be fruitful,” announced Salauddin. 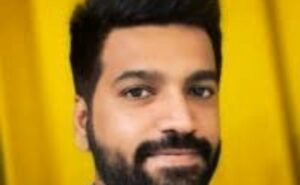 The electric vehicle manufacturer Zypp Electric has named Himanshu Budhiraja as VP-Growth. He will be responsible for optimizing sales and formulating strategies to accelerate the company’s growth with a focus on last mile delivery.

With over 12 years of business experience, he has worked with blue-chip companies such as Samsung, Airtel and Rivigo, among others.

Prior to that, he was responsible for building a retail sell-off model at Samsung in order to gain the highest market share in all of India for the company. He also played a key role in quadrupling Samsung Brandshop’s presence in the market. At Rivigo, he built the fastest, most reliable revenue model from scratch in India. His leadership increased the company’s revenue to over 270% in less than six months. 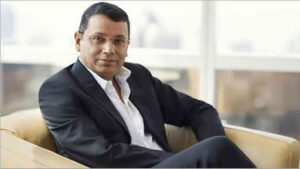 Uday Shankar, The Chairman of Star & Disney India and President of the Walt Disney Company APAC has resigned. He will stay with Disney through December 31st.

Prior to Star, he was CEO and Editor of Star News, the then joint venture between Star India and the ABP Group.

Shankar was previously the editor and news director at TV Today Group, where he led the launch of Aaj Tak, a leading Hindi news channel, in 2000 and Headlines Today (now India Today TV) in 2003. 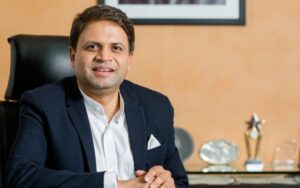 Pankaj Bansal, co-founder and CEO of PeopleStrong, has joined the advisory board of edtech startup Sunstone Eduversity. With his experience as an entrepreneur and HR manager, Pankaj will play a key role in scaling the company’s corporate relationships.

With over two decades of experience in corporate HR functions, Pankaj has worked with the Aricent Group where he was part of the founding team of the company’s BPO division. He was previously the founder of the HR Fund and has now co-founded Work10M, a fund focused on the new age workforce. Pankaj is also a non-executive director at Wheebox.