Amazon is using new AI-powered cameras in delivery trucks that can sense when drivers yawn. Here’s how they work.

In February, The Information reported on an instructional video for Amazon delivery drivers announcing a new suite of artificial intelligence-equipped cameras to surveil drivers during the entirety of their routes.

The decision sparked some backlash, and one driver told the Thomson Reuters Foundation that the policy change had driven him to quit, calling it an invasion of privacy. But how does it work?

The camera system is called “Driveri” and manufactured by the AI and transportation startup Netradyne. Four cameras give 270 degrees of coverage: one faces out through the windshield, two face out the side windows, and one faces the driver.

The cameras do not automatically upload, Haraldsdottir stressed in the video. A live feed only comes after the AI detects a problem. There are 16 behaviors that an AI recognizes that trigger the upload, from distracted driving to speeding to “driver drowsiness.” 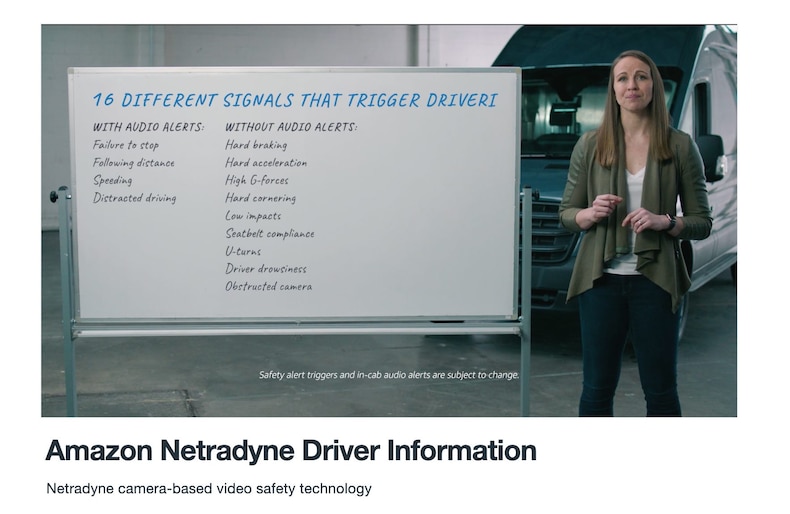 Haraldsdottir also stressed that the camera system can be used to “exonerate drivers from blame in safety incidents” and that drivers can trigger a manual upload if there is a safety issue they want to report.

In the report about a driver quitting as a result of this new system, the former employee saw the system as a “sort of coercion.”

Amazon has faced controversy over claims of surveillance in the past. In January of this year, more than 200 workers signed a petition sent to the CEO Jeff Bezos asking for an end to what the employees called “labor surveillance” ahead of unionization efforts.

Complaints about movers soar as millions relocate because of the pandemic